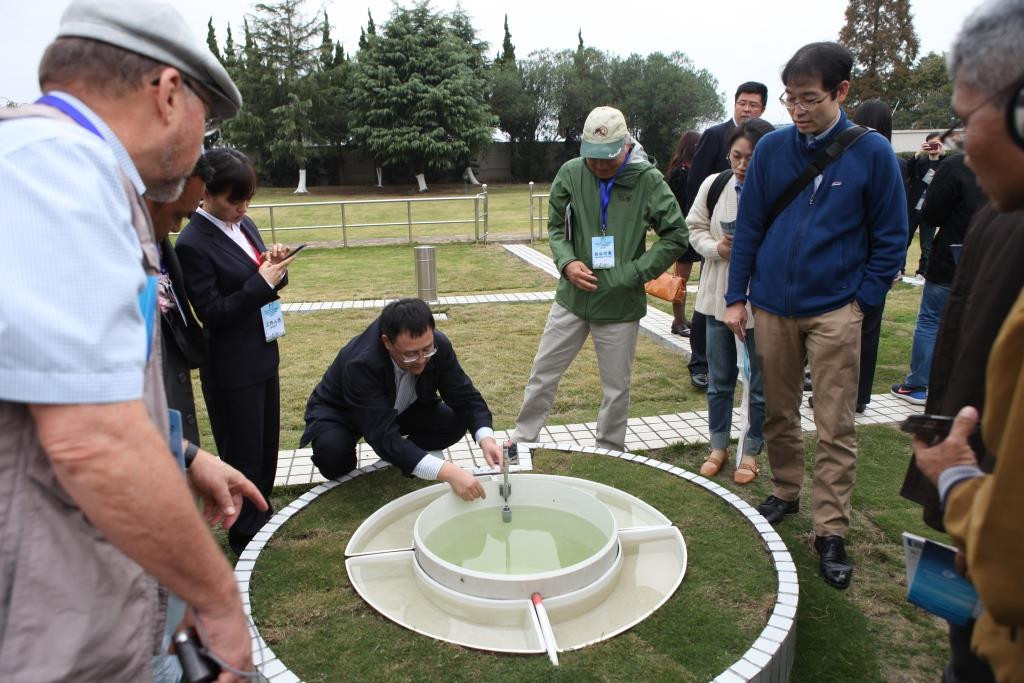 Representatives of the International Hydrological Programme (IHP) community in Asia and the Pacific committed to sharing information on hazard mapping, developing a joint publication series and reinforcing regional collaboration. For the first time, the IHP Asia and the Pacific Regional Steering Committee (RSC) met as a full regional body with representation from 20 countries spanning the full range of the region. Having served Southeast Asia and the Pacific for 25 years, the expanded Committee met in Shanghai, China, during 3-5 November as the result of a decision taken at the RSC’s last meeting in 2017.

With broad regional support, the development of the Catalogue of Hydrologic Analysis – a series of publications through which contributors to UNESCO’s International Hydrological Programme aim to share data, knowledge and experiences in key water science and management fields – was formally initiated prior to the formal opening of the 26th IHP Regional Steering Committee for Asia and the Pacific.

Focusing on hazard mapping, a dedicated workshop held on 3 November saw presentations on approaches and methods from eight countries, generating lively exchange and interaction. Coordinated by the Secretary of the RSC, Dr. Yasuto Tachikawa of Japan, the workshop took the first steps towards defining the scope, structure and content of the Catalogue of Hydrologic Analysis – as well as devised a work plan for the further development of this regional collaborative, which builds upon a previous collaborative effort of the RSC, the Catalogue of Rivers series ( hywr.kuciv.kyoto-u.ac.jp/ihp/riverCatalogue).

Chaired by Dr. Ignasius Sutapa of Indonesia and hosted by China and the Chinese IHP National Committee represented by Dr. Cai Jianyuan, the formal meeting of the RSC held on 4 November gathered representatives from 20 countries including new members from Afghanistan, Iran and Nepal - as well as the Secretariat of the Pacific Community, representing its Pacific Island member states. Also in attendance were six UNESCO water category 2 centres and chairs from the region as well as from Europe.

The meeting also featured a special appearance by Dr. András Szöllösi-Nagy, former Chair of the IHP Council and current Vice-Chair, who as a guest of IHP China briefed the RSC on the discussions and outcomes of the June 2018 IHP Council. With 26 presentations from country delegations, centres and chairs, the Shanghai meeting was among the largest and most comprehensive meetings of the RSC to date. Delegations showed considerable interest in hosting upcoming meetings of the Committee. The 27th meeting to be hosted by Myanmar in November 2019, with subsequent meetings to be hosted by Vietnam, Malaysia and Iran.

On 5 November, the Shanghai Hydrologic Administration hosted a field visit to the Songpu Bridge Hydrologic Monitoring Station at Ye Xie Town, Song Jiang District, in the city of Shanghai. The visit allowed participating delegates an insight into the techniques, procedures and equipment employed in the monitoring of water resources in one of the largest urban areas of the world.

The RSC was followed by the 8th global conference of UNESCO’s FRIEND-Water initiative (Flow Regimes from International Experimental and Network Data), an international research programme that helps to set up regional networks for analyzing hydrological data (https://en.unesco.org/themes/water-security/hydrology/programmes/friend). Held in Beijing during 6-9 November, the FRIEND conference allowed a number of RSC delegates the opportunity to further enhance and develop their water science knowledge, networks and collaboration.

The RSC meeting was made possible through support from the China IHP National Committee and its partners in the Shanghai Hydrologic Administration and the State Key Laboratory of Hydrology - Water Resources and Hydraulic Engineering at Hohai University in Nanjing, as well as from the RSC Secretariat at UNESCO Office Jakarta. The Catalogue of Hydrologic Analysis received further support from the Government of Japan through the Funds-in-Trust project “Water Informatics for Sustainability and Enhanced Resilience in Asia and the Pacific (WISER in AP)”